Iisu Planning Co., Ltd offers lighting ideas and information.
We are committed to our customers’ success and happiness.
“These lights look amazing!” “That’s a great idea.”

Mosslight-LED is something special for those who adore nature.
A terrarium where you can grow your own moss using light from an LED lamp. All you need is an LED lamp and some water, even if there is no natural light. 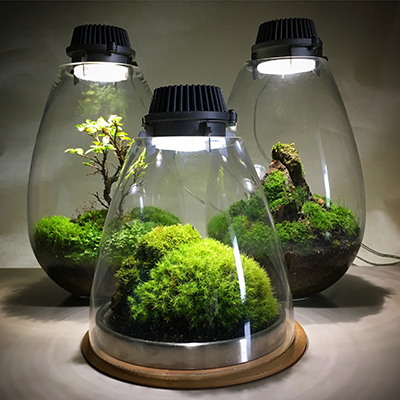 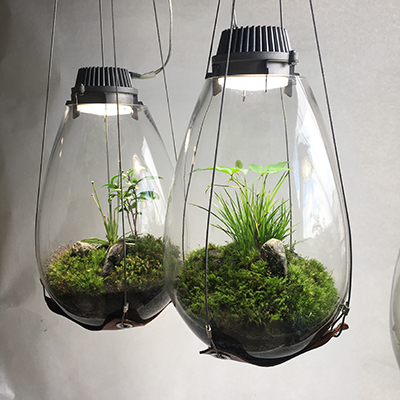 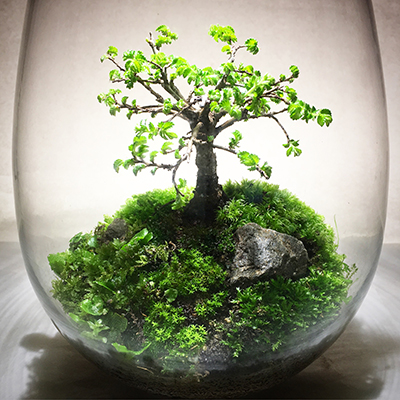 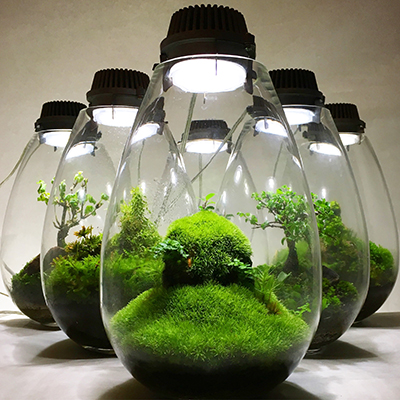 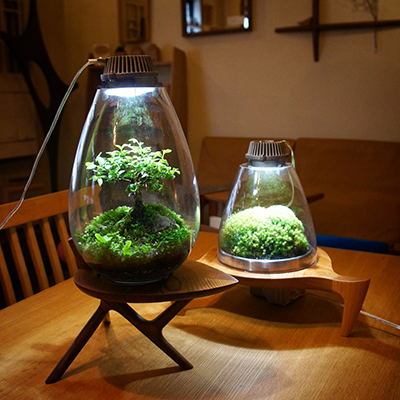 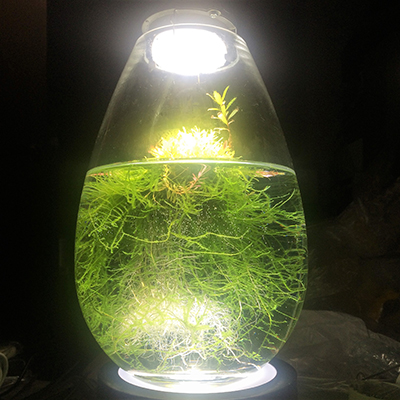 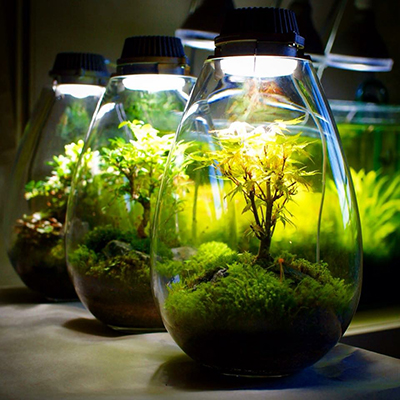 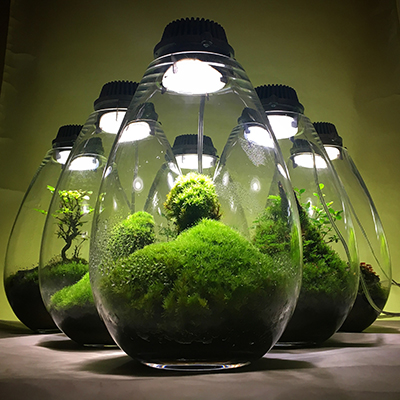 Something special for those who adore nature.

The Mosslight-LED terrarium keeps you in touch with nature, so you can enjoy it even when you are indoors.

Moss was the first plant to grow on Earth 400 million years ago. It produces oxygen through photosynthesis. Moss forms a carpet, enabling plants to grow; eventually, a forest forms on it. Moss is vital for creating natural environments indispensable for humans. There are 20,000 varieties of moss in the world and 1,800 in Japan alone, helping nature to thrive.

Unlike other plants, moss does not require fertilizers to grow. It just needs light and water.LED lighting has advanced in recent years: it is compact, with high-intensity illumination and color-rendering properties. It is an ideal source of lighting for growing and looking at moss. That’s why we chose to use it for our Mosslight-LED.

The Mosslight functions as a self-standing light in a room and also has a soothing effect when one looks at it.

The first Mosslight was produced 3 years ago. Moss grows healthily just with light from an LED lamp and a weekly spray of water. Read about how to grow moss, go out and see places where moss grows, coordinate with other people who love moss, and expand your horizons!

Mosslight-LED Enjoy life and nature to the fullest. Experience the delights of an LED lamp terrarium.

We sell Mosslight-LED on Amazon and eBay. Delivery charge from japan will be added. Based on the law of your country, a import tax might be charged. More details on amazon More details on ebay

How much will shipping cost?
A Mosslight is Fulfilled by Amazon.com and ships based on Amazon.com Global Shipping Rates.


How long does it take until it arrives after I ordered?
A Mosslight is Fulfilled by Amazon.com and ships based on Amazon.com Global Shipping Times.


Can I see Amazon Japan in English?
Yes, you can. There is a button changing languages in the footer of Amazon.com. 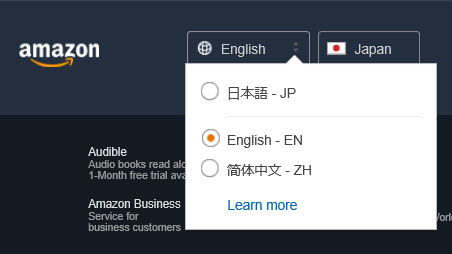 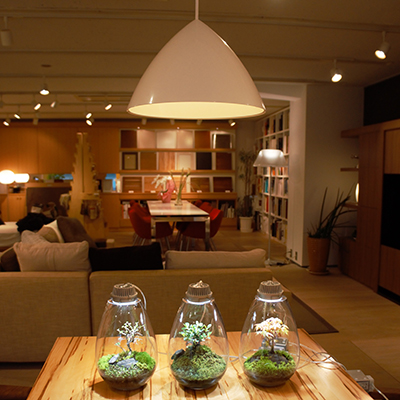